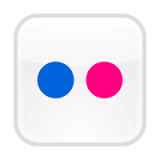 The history of the Abergynolwyn Choir started in 1967. It was started by the local shopkeeper, Gwynorydd Davies, who was interested in conducting brass bands. After it began the choir soon swelled in number and reached 30 in subsequent years.

By October 1969 the choir was good enough to participate in "The Second Festival of A Thousand Voices" at the Royal Albert Hall. This was the beginning of the choir participating regularly in the festival through the coming years. The choir participated in several local events led by Gwynorydd in the 70's, along with his dedicated accompanist Gwenda Graham.

By 1980 the new choir leader, Mr Kennard, was accompanied by Margaret Evans. Unfortunately, Mr Kennard was not in good health and gradually, as happens with many choirs, numbers declined to 10 members, for a while. In the late 80's, however, the choir resumed again with Gwynorydd and Gwenda.

Sometime during the 90's the choir began practicing at Llys Cadfan and sang regularly at Plas Talgarth, usually once every three weeks throughout the winter. The financial situation improved and in the late 90s Gwynorydd left for the second time and Aled Williams, a bandleader in Abergynolwyn, took his place, with Val Jordan accompanying. Aled soon discovered, however, that leading the choir and the band was too much for him. So, in 2000, he was replaced by Eirian Lloyd Owen, who had graduated at the Royal Welsh College of Music. She formed a strong partnership with the new choir accompanist, Mair Eleri Jones.

The choir continued to participate in the Royal Albert Hall concerts with Eirian and subsequently Jim Chugg, who took over in 2007. Jim is still at the helm today and the choir sings better than ever. Both he and Mair prepared the choir for the next big concert "A Thousand Voices" held in Manchester in March 2012. The choir has just completed its 2015 Albert Hall appearance after which they had planned to take a rest and concentrate on local performances.